The Psychology of Ambiguity 3: Availability cascades 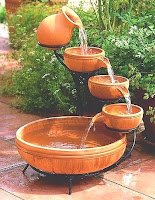 
When a change occurs it takes time


As a result of this lag many people continue to believe in the old world rules and facts even though they no longer apply.

As these old rules and facts usually still have popular currency they can grow in strength in times of change even though they have now been replaced or changed.

An availability cascase is a psychological phenomena whereby a belief gains increasing credibility the more popular it becomes and the more we hear about it. If we start to hear about something from a number of different sources we are much more likely to believe it even if it is no longer true. In effect the facts become self-reinforcing.

Some common popular misbeliefs brought on by an availability cascade would include things like:

Have a look at the wikipedia list of common misconceptions most of which have been brought about by availability cascases. This effect is even more pronounced in ambiguous situations.
Posted by Platothefish at 15:06