The Ambiguity Advantage - Audio from Cranfield School of Management 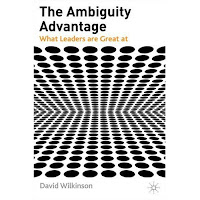 Cranfield have published an audio about The Ambiguity Advantage: What great leaders are great at and leaders dealing with ambiguity. Listen to it here, or download it.
They mix modes and types / styles of leadership. They are not the same. See an earlier blog about modes here.

Posted by Platothefish at 07:08 No comments:

There is feeback and then there is FEEDBACK 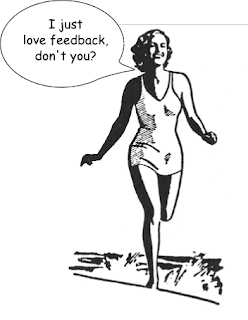 So leading on from the previous blog. What I was really interested in was the quality of the feedback given to an individual through the four conditions mentioned in my last blog.

Split test of 360 degree feedback. Not all feedback is equal. 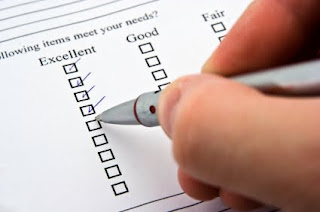 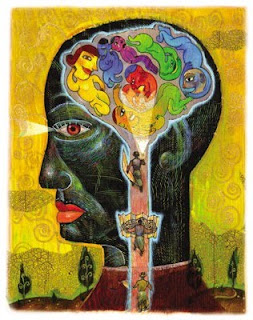 A couple of clients last week poked me and said. You must be busy because we haven't seen much from your blog recently. I have been working on a number of projects including the next book and a new academic post, however I will get back to this - now.

There have been a couple of interesting and interconnected pieces of research published recently about problem solving and emotion. Readers of The Ambiguity Advantage and clients I coach will know that one premise I work from is that every decision we make is emotionally based. There are a number of prices of research (especially current work using MRi and fMRi) that shows emotional parts of the brain kick in before the decision and the rational-logical areas get to work after the decision is formed. In other words we appear to make decisions based on emotion and then engage in post-decision rationalisation.

A paper actually published in 2009(1) has just hit the headlines (NY Times) in which it was found that positive mood and in particular enjoying comedy just before having to solve a problem increased insight problem solving ( just getting the answer as opposed to methodically working through the problem). Not reported but in the original paper was that the researchers found that anxiety depressed insight problem solving, so that individuals were significantly less likely to be able to just intuitively get the answer.

There are quite a number of research papers showing similar findings, however what Is different here is that the researchers used fMRi to see the process happening.

The second article (2) (awaiting publication), looks at using emotion regulation (the stuff I teach about emotional resilience) strategies when making risk decisions. They discovered that the use of such strategies not only helped the participants to make better decisions but they were also better able to workout which decisions were the riskier choices more accurately and mediate their response in the light of this. This meant that they were able to avoid the decisions that could have more negative effects when engaging in emotional regulation activity then when not, especially under stress.

So what does all this mean? Firstly we are less likely to be able to solve problems with insight problem solving when anxious. Secondly when under stress we are not that good at discerning the levels of risk of a problem or ambiguous situation and are therefore likely to make a more risky decision without knowing we are doing so.

The ability to regulate our emotions is important in both cases. To 'up-regulate' for insight and regulate and therefore mediate the effects of anxiety and stress in any situation that contains ambiguity (I would argue all situations contain ambiguity) so we can better perceive the risks involved and reduce the negative effects that risk and anxiety have on our decision making capability.

2. Martin, L.N. & Delgado, M.R. (2011) The influence of Emotion Regulation on Decision Making Under Risk. Journal of Cognitive Neuroscience. Yet to be published - 2011 poss May/June.